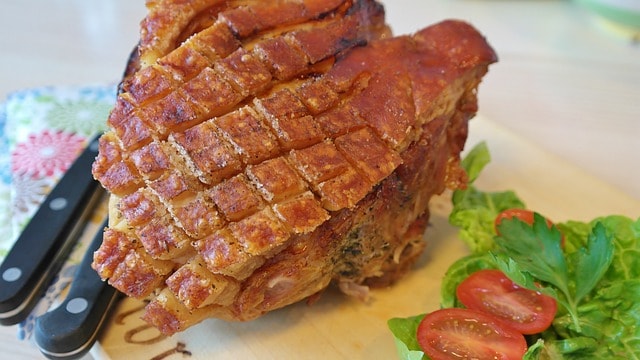 Does it seem odd that I’m writing a barbequing blog at the start of fall? This is the time when most people move their cooking inside and cover up their barbeques until the spring weather arrives once again. Hearty soups and stews cooked in the oven often become a focal point in household menus around this time of year. While, in our household, barbequing in the dead of winter is not odd at all. We use our grill all year long. In fact, it’s probably our most well used cooking appliance!

4 Reasons Why we Love Barbequing All Year Round

1. Amped up Flavour. Nothing tastes better than a charbroiled taste when it come to most meats! I love the fact that the fat from many meats drips off during the cooking process, leaving many meats tasting a little leaner than they do from other cooking processes. To me, this is particularly noticeable with chicken thighs. When chicken thighs are cooked in a pan they taste so much fattier!

2. Speedy meal making. It’s quick and convenient to toss a couple of chicken breasts on the grill for 15-20 minutes versus baking them in the oven for close to one hour. Many veggies are ready quite quickly when we use this cooking method as well. Not only do things cook quicker, it’s often a speedier clean-up since there aren’t usually as many dishes being used when you BBQ.

3. The social side of things. When we have friends over, it’s so nice to invite them over for a BBQ. It just sounds like it’ll be a more fun night then just inviting them over for dinner. It’s so nice to be outside while eating as well, and barbequing just lends itself towards being outdoors, which is especially important with the social distancing that’s going on.

4. Versatility. You can grill anything. Meats, veggies, and even some fruits, especially pineapple and peaches, are great items to barbeque. A whole meal can be cooked on the BBQ; main dishes and sides all taste good on the grill.

It’s true that if you char your meat on the grill until it looks black & burned, that’s not the healthiest. In fact, studies have shown that charred meat can be carcinogenic, or cancer causing. To prevent burning from occurring, follow these tips:

To Sum it up…Try Barbequing all Year Round!

We find ourselves barbequing all year round because we love the flavour, speed and social aspects of it. Your whole meal can be cooked on the grill, so it’s one of the most versitile cooking appliances out there. Barbequing sometimes get a bad rep, so try not to burn your meat by cooking it slowly. Add marinades at the end, low sugar ones are best to use, and keep your grill clean. This year I challenge you to keep your BBQ accessible for the whole winter like we do!